Jonas Blue’s career to date has been astounding and its effect has been felt the world over with singles like ‘Fast Car’, ‘Perfect Strangers’ ‘Rise, ‘Mama’ & ‘Polaroid’ collectively having been certified platinum over 130 times around the globe. Amassing an army of instantly recognisable hit singles, with over 14 billion global streams, over 70 million worldwide singles sales, and 5 BRIT Award nominations, Jonas has cemented his name as a main stage DJ and pop powerhouse.

With over 1.8 billion streams just in 2021, joining a list of artists including BLACKPINK & Troye Sivan, Jonas’ debut album Blue also smashed its way to Gold status in 2020. But, with the new year in full swing, he’s not about to rest on his laurels, and has already kicked off the year with a bang,dropping ‘Don’t Wake Me Up’ with hotly tipped US band Why Don’t We -the first new release from Jonas’ brand new collaboration project ’Together’ that will see a stream of new music dropped across 2022 with exciting global talent.

Career milestones have included the multi-platinum global hits “Rise’ featuring Jack & Jack, and ‘Polaroid’ -his collaboration with Liam Payne and Nashville actress Lennon Stella. The success of both songs were sandwiched between his huge collaboration ‘Back & Forth’ with chart-topping UK vocalist Becky Hill and Detroit house legend, MK.

Off the back of Blue,Jonas’ hard work and inspiring music continued to receive global success with singles featuring a combo of hot new artists, as well as household names. These included the brilliant ‘Younger’ featuring HRVY, ‘Mistakes’ featuring Paloma Faith, ‘Naked’ featuring MAX, ‘What I Like About You’ featuring Danish popstar Theresa Rex and ‘Ritual’, his much-loved collaboration with Tiësto and Rita Ora.

At the height of a hectic Ibiza season in 2019, Jonas added another string to his bow with the launch of his label, Electronic Nature. Having already established successful events, as well as releases from emerging talent including Jack Wins, Dark Heart and Jerome Price with more to come, Electronic Nature is a label to watch.

Away from the studio and the charts, Jonas toured relentlessly all over the world. Clocking up the hours and miles, he’s a firm fixture on festival mainstages worldwide, performing at the most legendary festivals . Not stopping there, Jonas has made his mark on Ibiza, having performed at hotspots Ushuaia, Cafe Mambo and has successfully hosted his Electronic Nature residency at superclub Hï Ibiza. As we see a return to live performances, Jonas will be joining Tiesto and Zedd as a resident DJ at Zouk in Las Vegas.

More recent releases have seen ‘Something Stupid’ featuring AWA, ‘Hear Me Say’ featuring LEON, and the dance-pop crossover single “Sad Boy’ -with R3HAB, Ava Max & Kylie Cantrall. Jonas also had an exciting 2021 in the live space with huge main stage performances at Exit Festival and Creamfields, and a residency at Zouk in Las Vegas. 2022 is set to be even bigger.

A man on a mission, whose sights are firmly set for the top, this year’s ‘Together’ project will see A List collaborations with the theme of togetherness, unity and positivity -a crucial message that’s needed in the world more than ever right now -and is synonymous with Jonas’ music and his hugely successful career to date. 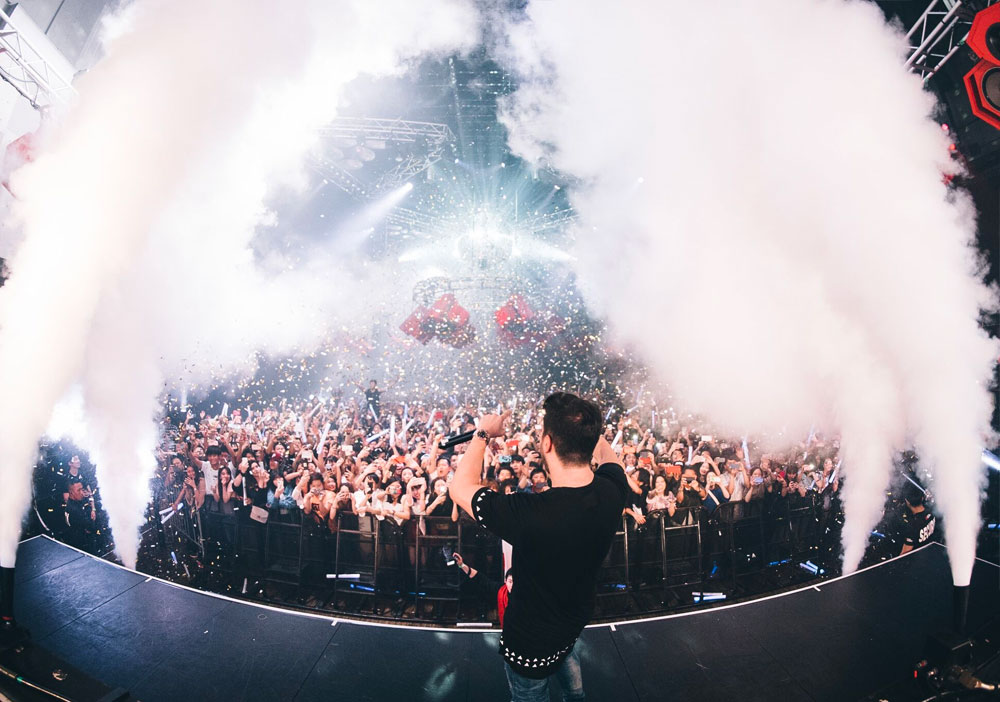